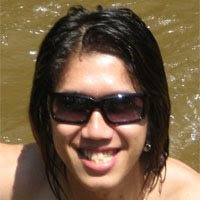 I’ve created Blog Tau as a way to promote the Lun Bawang community, and in the same time promoting and reviving the dying traditional art and culture.

As what we might see now, the consequence of the massive lifestyle improvement in our society has effected our tribe especially the younger generations that live in the big cities. They have little or no knowledge about their own traditional culture.

This is what Blog Tau is about, to combine the advance technological improvement with the core of the Lun Bawang traditional culture.

Here’s a bit info about me:
– Pure Lun Bawang
– Living in Kuching
– Studying in Swinburne University of Technology

Hi, my name is Samuil-Ashton Satu. When my son told me that he is creating a Lun Bawang Blog, which he prefers to call as “blog tau,” I heartedly and strongly support him. As a sign of my support, I help him to write the issues regarding the Lun Bawang in caption for “About Blog Tau.”

I am deeply interested in all matters pertaining to the Lun Bawang people after having served in the Central Executive Committee of the Lun Bawang Association Sarawak for the past 17 years since 1990 till 2007 without a break, starting as executive member for 1 year, then as Secretary General for 10 years, then as Deputy President for 4 years and ultimately the President for 2 years, before my cousin Robin Lusong took over the helm of the Association . I was also active in the association before this period at branch level.

One of the achievements I made in the Association was to have a website for the Lun Bawang in 2002, dubbed as www.lunbawang.org.my. It was however put to a stop when the new administration took over. Therefore, when my son told me of the Blog Tau, I was more than happy to be part of it as this blog is dedicated to the Lun Bawang.

Since relinguishing my active life in the Association, I have accepted the request of my Department (Sarawak Health Department) to move to the headquarters in Kuching to head the Legal Affairs and Prosecution Unit. Beside being a law graduate (LLB(Hons)), I am also majoring in Occupational Safety and Health : MSc in OSH, NEBOSH, Dip. RSH(Lond).

More authors will be invited to share their ideas, encouragements and inspirations as well as latest updates to our fellow readers.